When you’re not on Route 1, or on the Rehoboth Boardwalk, or even on Rehoboth Avenue, you better make sure you have a fantastic product at an equally fantastic price if you want to compete with the big boys.

By all accounts, that’s exactly what Terry and Patty Bratton are doing in the community of Paynter’s Mill, just outside the town limits of historic Milton, with their relatively new Dagwoods Deli.

They’re letting the cheesesteaks (and other menu items) do the talking!

Defined by urbandictionary.com as “an enormous sandwich utilizing most of the contents of the fridge,” and inspired by the loveable husband and father in the long-running “Blondie” comic strip, a “Dagwood” is a bigger than normal sandwich made for a bigger than average appetite.

And that’s the tradition that Terry and Patton Bratton have brought with them to the Delaware beaches this year.

Dagwoods Deli opened on Feb. 6, 2016 in Milton and has garnered quite the following in its first year, particularly during the warm weather season. And the sandwich shop has also quickly become one of the favorite stops for many of us here at the Oldfather Group, which is why we’re telling you all about Terry and Patty here today in our blog.

We always try to feature locally owned and operated businesses on theoldfathergroup.com, particularly the ones that we frequent on a regular basis. And the mouth-watering, oversized sandwiches at Dagwood’s are certainly high on our list.

In fact, we love Terry and Patty and their culinary creations so much that they’ve inspired us to do a 3-D tour of their Milton eatery, which you can view by clicking on the screen shot below.

Born in Wheeling, W.V., and spending time in both New Castle and Kent Counties, the Brattons always vacationed at the Delaware beaches and decided to move here full-time in 2011. Terry Bratton grew up around sandwich shops and always enjoyed the personal touch and customer interaction that it afforded.

“We enjoyed that part of the business very much, so we decided that we really just wanted a mom and pop sandwich shop at the beach, and that’s what Dagwoods is today,” says Terry. “I’m not professionally trained, but I’ve always had a love for cooking so I taught myself how to do what I do.”

And what he does is make what he proclaims to be the “best cheesesteak at the beach,” as well as other signature menu items like the chicken salad, a pizzaiola (steak sandwich with mushrooms, pepperoni, mozzarella cheese and homemade pizza sauce) and a Sicilian style pizza that’s becoming quite popular.

And then there’s the grilled chicken breast sandwich that is a favorite of employee Tony Galvan – it’s named “Tony’s Big Texas” after the San Antonio native and Dagwoods manager/chief cook and is a staple on the Dagwoods menu.

“We like to promote creativity at the business and my crew always has the green light to come up with ideas on their own,” Terry admits. “They always check with me to make sure it’s okay, but I encourage and support them and their ideas. And, of course, now they all want me to name sandwiches after them.”

Now boasting seven employees and a booming list of satisfied and regular customers, Dagwoods Deli is open from Tuesdays to Thursdays from 11 a.m. to 8 p.m., on Fridays and Saturdays from 8 a.m. to 8 p.m. and on Sundays from 8 a.m. to 3 p.m. The business is closed on Mondays because that’s when Terri roams the farmer’s markets and other outlets to buy needed supplies and ingredients. 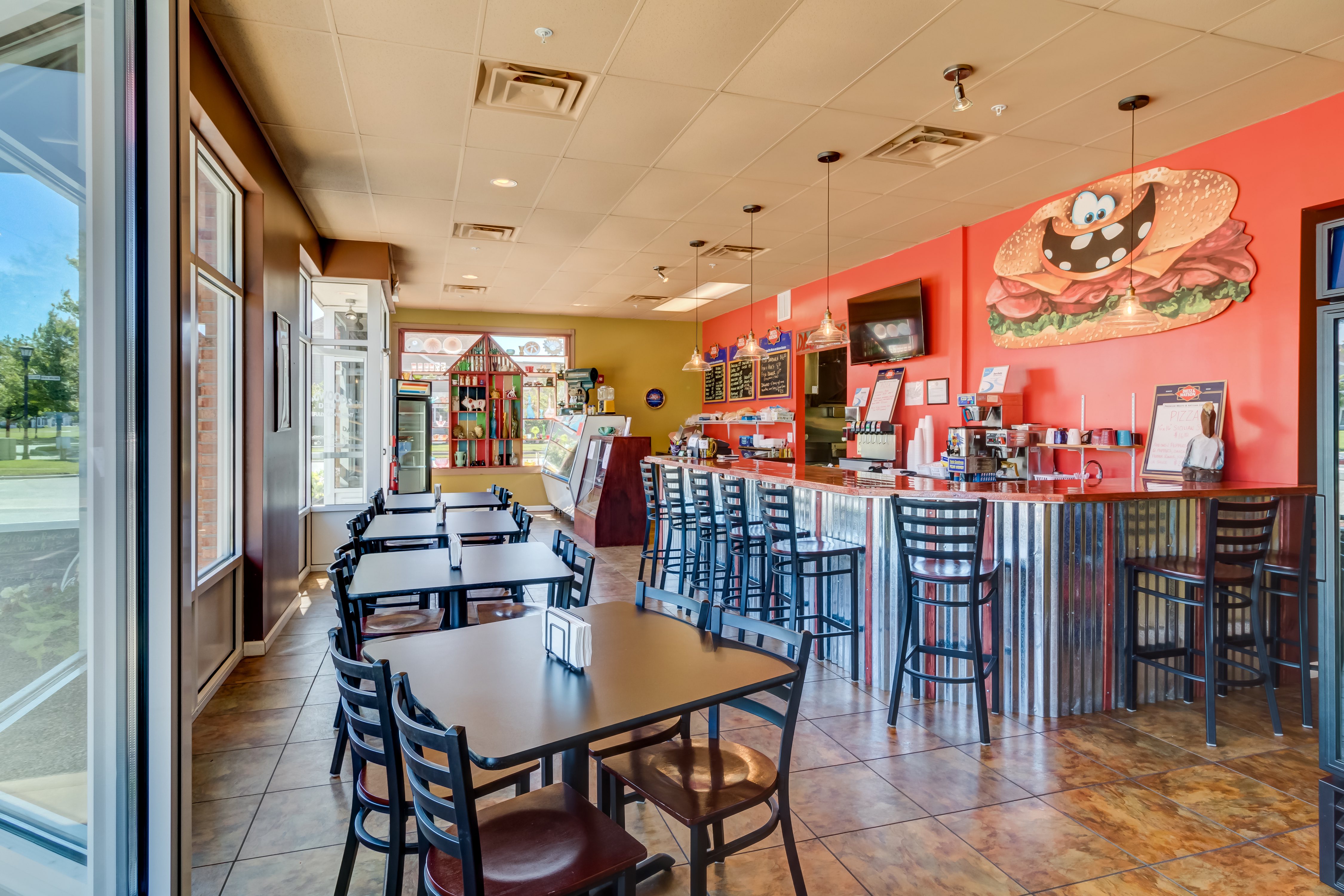 And there are future plans for Dagwoods, though Terry and Patty are steadfast in their efforts to keep the Milton location as small and personable as it is today. They are, however, considering a possible satellite location closer to the Atlantic, which would offer a smaller menu in a beach setting.

“I really think our 16×16 Sicilian pizzas will be part of our trademark at the beach location,” Terry admits. “We make our own sauce and blend our own cheese, so we will probably branch out with that in the future.”

If you want to check out Dagwoods Deli, and we highly recommend that you do, you can find them at 16388 Samuel Paynter Boulevard, within Milton’s Paynter’s Mill residential community, or give them a ring at 302-703-2621.

You can also visit Terry and Patty online at dagwoods2go.com.

But however you find them, we think you’ll be glad that you did so. And give that cheesesteak a try – trust us, you won’t be disappointed.