With all of the talk in the news recently about jobs and the economy, specifically in regards to the transfer of power in Washington, we thought it was a good time to tackle this issue in our own special way.

And that’s by remembering the glory days of one Sussex County industry via our historical blog series here on theoldfathergroup.com.

Truth be told, if either of these industries were ever taken away, trying to recover financially would be an extremely arduous undertaking. They are what drives our economy and the primarily reason our taxes remain some of the lowest in the region.

They are easily the two industries that employ the most Sussex Countians, with nothing else really coming close. But it wasn’t all that long ago that the county’s largest employer was several miles west of the Delaware coastline, in the once thriving city of Seaford.

Now Seaford isn’t what it once was, to be sure, but for more than 50 years beginning in 1939, the DuPont Company employed more people than anyone else in southern Delaware.

And that’s what we’re going to look back on today – the history of Seaford’s DuPont nylon plant, on the shores of the Nanticoke River.

Let’s reminisce, shall we?

The city of Seaford, in western Sussex County, is known as the “Nylon Capital of the World,” because this is where one of the world’s most famous fibers was first produced on a large scale. 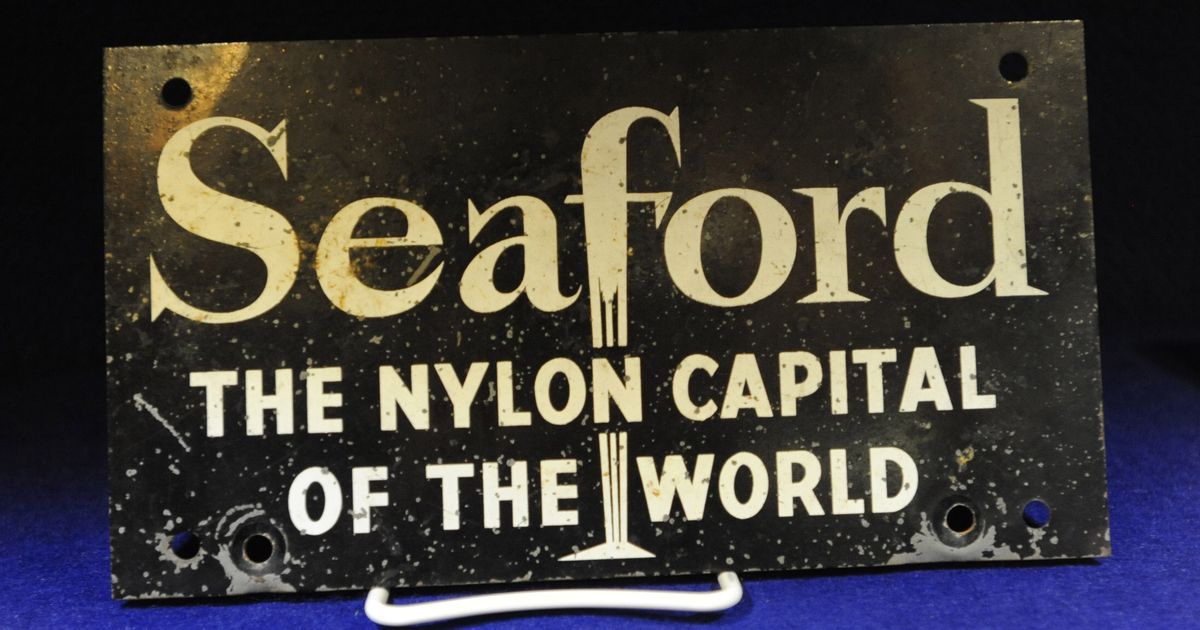 Invented in 1937 by DuPont chemist Wallace Hume Carothers, nylon was first introduced to the public at the 1939 World’s Fair in New York. After women were shown the so-called “miracle fabric,” sales of stockings began skyrocketing and DuPont knew they needed to expand in order to address the demand.

The company considered 14 locations for their first nylon plant with the following criteria in mind: it must have a good water supply, good transportation potential and a good work force.

DuPont finally chose 609 acres on the Nanticoke River in west Seaford, a decision that was celebrated by local leaders with an impromptu parade through the heart of town. DuPont records of that day detail the presence of marching bands, fireworks and grown men crying in the streets because of all the jobs the company was bringing to the rural town.

Watch this fantastic old video of long-time Seaford newspaper editor Wright Robinson, as he talks about the impact the DuPont Plant had on his city.

DuPont chose Seaford, in part, because of Sussex County’s low tax rates and because the southern Delaware labor market was “free from agitation.” There was also a navigable river nearby to help with the transportation of supplies.

To say the Seaford Nylon Plant was built in record time is stating the obvious ― in just 14 months, workers constructed a plant that was more than one-fifth of a mile long on the shores of the Nanticoke River.

The photo below shows Seaford's DuPont Plant, circa 1939.

On Dec. 12, 1939, the first strands of the new “miracle fiber” were spun on a bobbin at the Seaford Nylon Plant, and mass production of the material began. The bobbin used to spin the nylon and parts of the spinning machine are now permanently on display at the Smithsonian Institute in Washington, D.C.

During the first 12 months the plant was open, 64 million pairs of nylon stockings were produced and the country’s reliance on silk from Japan began to wane. Good thing too, because the United States would soon go to war with the Land of the Rising Sun.

During World War II, much of the nylon produced at the plant was used for military purposes, particularly for parachutes. And most of the workers were women, who filled in while their husbands, uncles and sometimes even sons were off fighting in the war.

After the war, business went back to normal and the plant thrived for decades. At its peak in the 1960s, more than 4,600 workers were employed by the Seaford Nylon Plant, making it the largest employer in Sussex County.

But after years of declining sales and lost production, DuPont finally sold the world’s first nylon plant in 2004 and today it is largely nothing but a reminder of the glory days of this western Sussex County city.

But no matter what happens now or anytime in the future, it will always be the “Nylon Capital of the World.”

We hope you enjoyed this latest look back into a piece of Sussex County history. Check back soon for another installment in this historic series here on theoldfathergroup.com.

Have a great day everyone!

Previous Post: « Ever Want Your Own Private Beach? Then We’ve Got Good News For You…
Next Post: How’s 5 Bedrooms on a Large Lot in The Landing Sound? »